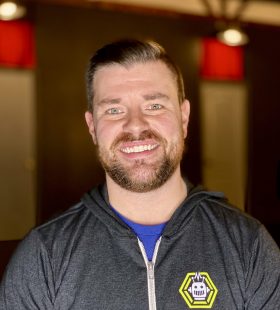 Ben has 20 years of improv experience at Chicago’s Second City and iO, along with being a founding member of the Comedy Mondays show at Grand Rapids’ own Dog Story Theater. He’s also an accomplished standup, working clubs all over the country for the past 10 years. Because he’s an over achiever, he’s also an award-winning producer, director, editor, and actor. He has been nominated for a Local Emmy and won over 30 Telly, and Eclipse Awards.