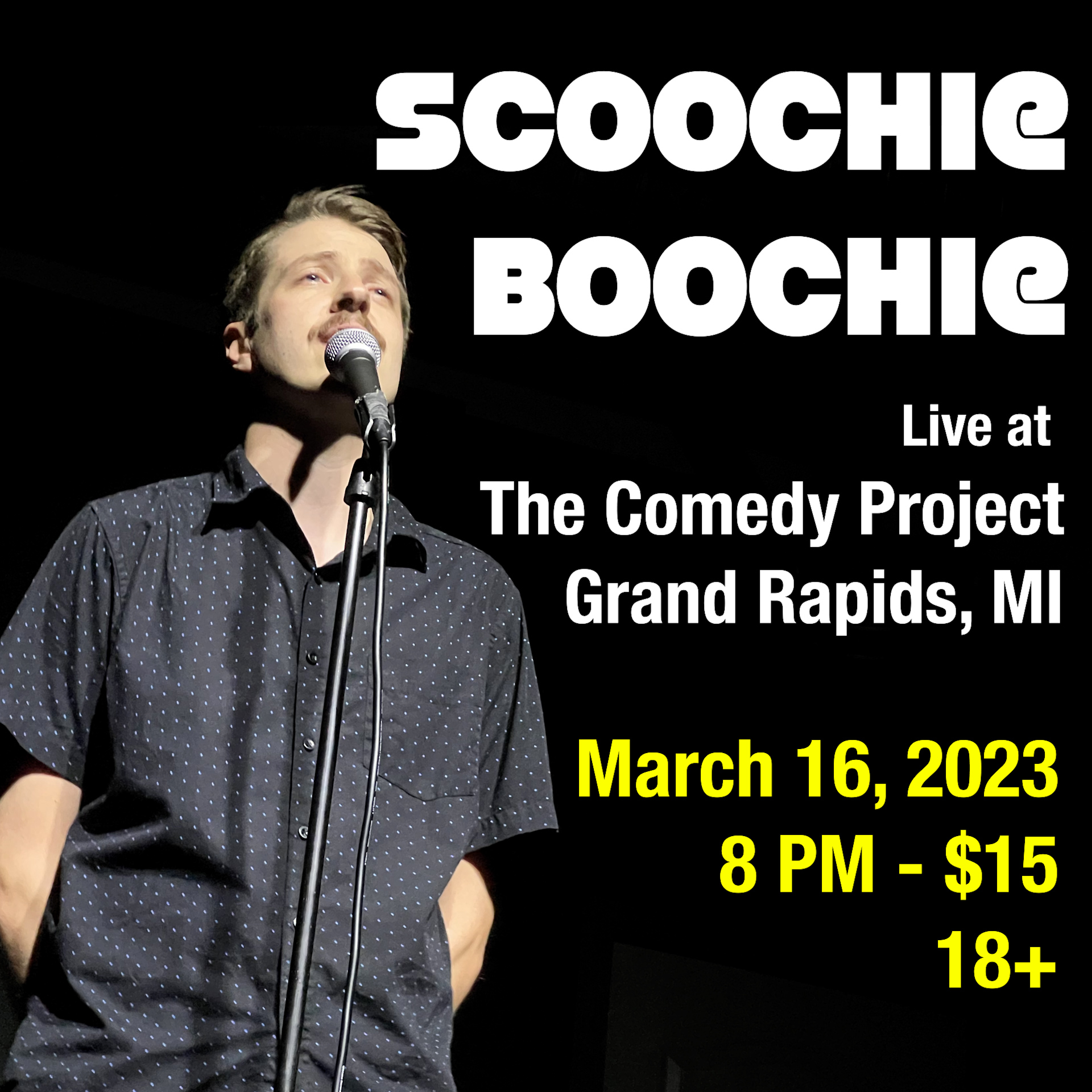 Scoochie Boochie was born from a volcano and now he’s the best rapper in the United States.

On Friday, March 16th see him perform live at the Comedy Project! 18+ recommended.

It’s funny rap that is surprisingly good: like if the Lonely Island made a concept album.

Written and performed by Chicago comedian Michael Ribbens, who Grand Rapidians may know from doing comedy at Calvin College, or as an alternate on Pop Scholars.