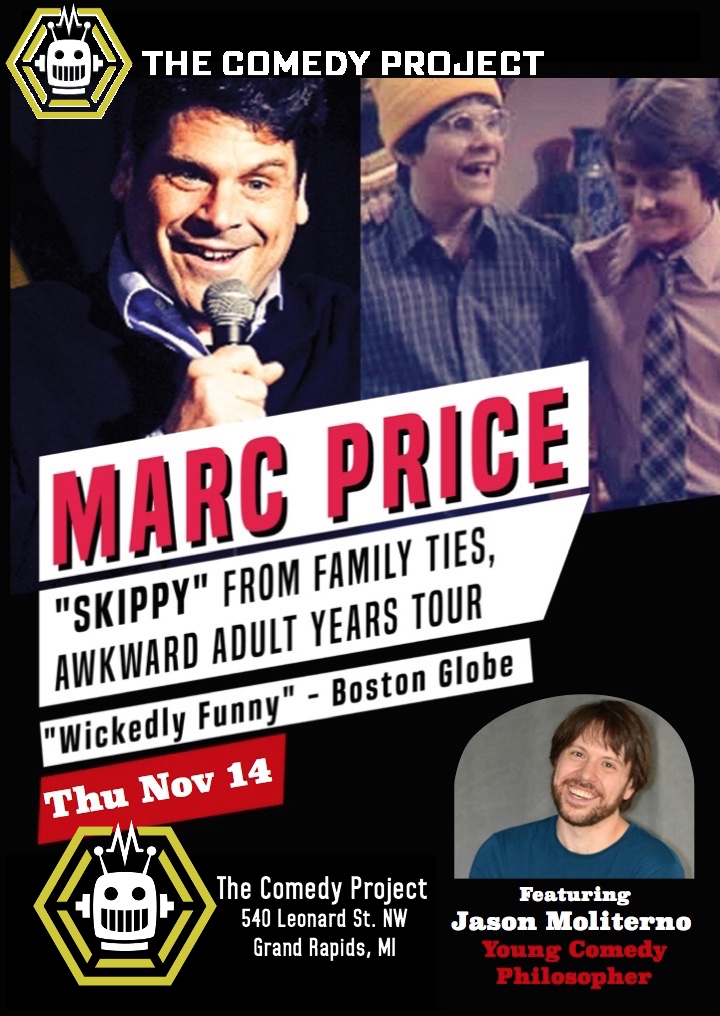 The Comedy Project is excited for this special event featuring standup from Marc and Jason Moliterno.

PLUS a short improvised sitcom with a guest appearance from Marc!

As a stand up comedian Marc has opened for Jay Leno and Jerry Seinfeld. He’s starred in movies, hosted late night talk shows and more recently he’s been behind the cameras writing and producing for E! TBS, Disney Channel, Animal Planet, GSN, Showtime and more.

Getting the crowds warmed up for Marc is rising star Jason Moliterno, who has worked comedy clubs throughout the midwest. As a 34 years old Millennial, he is a great counter-balance to Marc’s Generation X, and together they provide a great show for any audience.