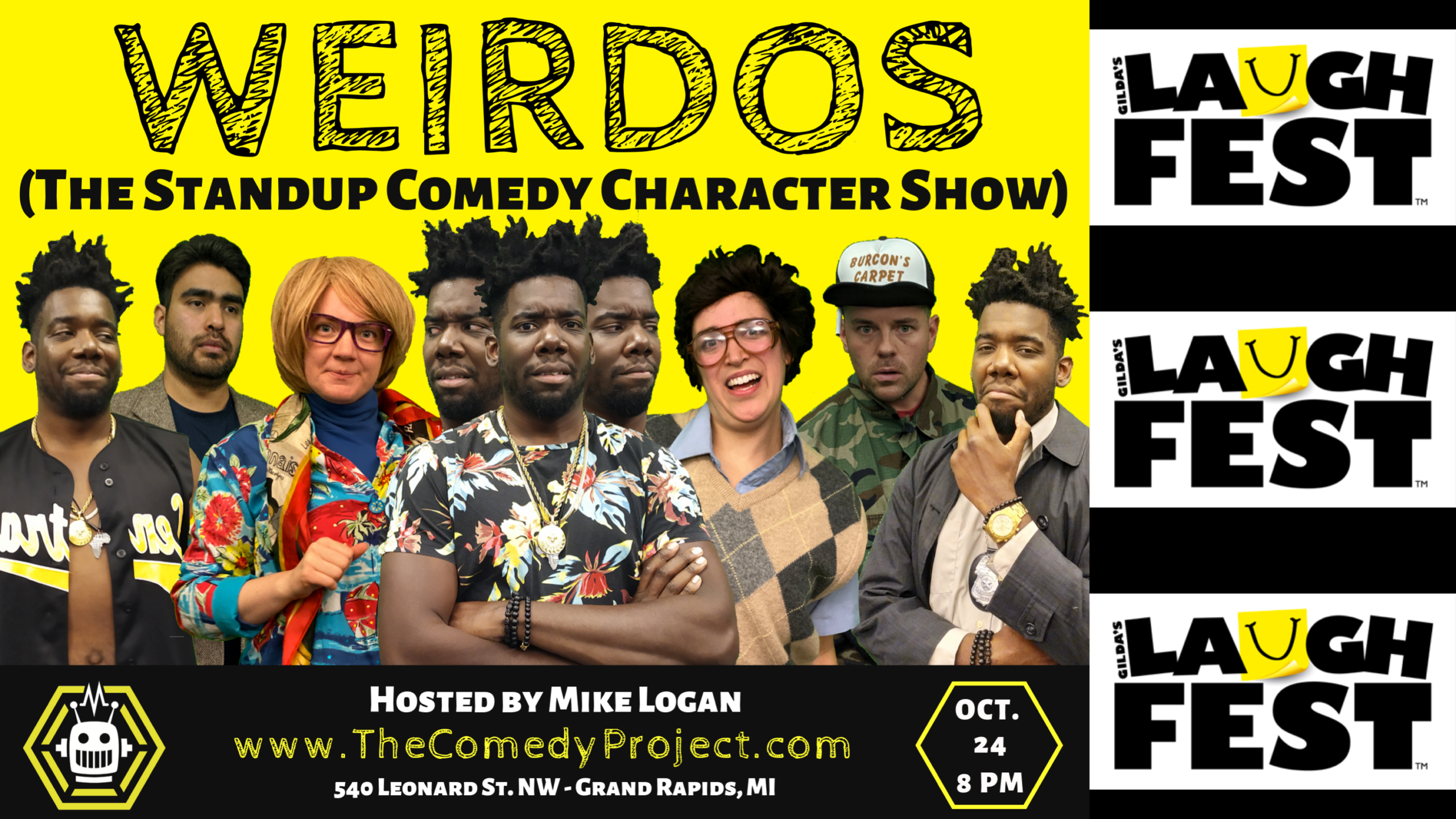 THE COMEDY PROJECT IS NOT TICKETING THESE EVENTS AND HAS NO CONTROL OVER THE CRAZY FEES.

Tickets available ONLY through LaughFest

You can avoid most/all fees by stopping by Laughfest Central at 120 Ionia Ave. Hours of operation here – https://www.laughfestgr.org/laughfest-central/

Hosted by comedian Mike Logan, “Weirdos” is a standup show like no other, featuring ONLY character comedy!

There are lots of famous character comedians like Bobcat Goldthwait, Steven Wright, Emo Philips, Maria Bamford, Michael Ian Black, Sarah Silverman, and Zach Galifianakis. We want to show you the next batch of hilarious weirdos!

About LaughFest:
Celebrating laughter for the health of it – a festival of comedy, performance, film and a variety of seriously funny stuff that makes us laugh. All proceeds benefit the cancer, grief and support programs offered through Gilda’s Club Grand Rapids.